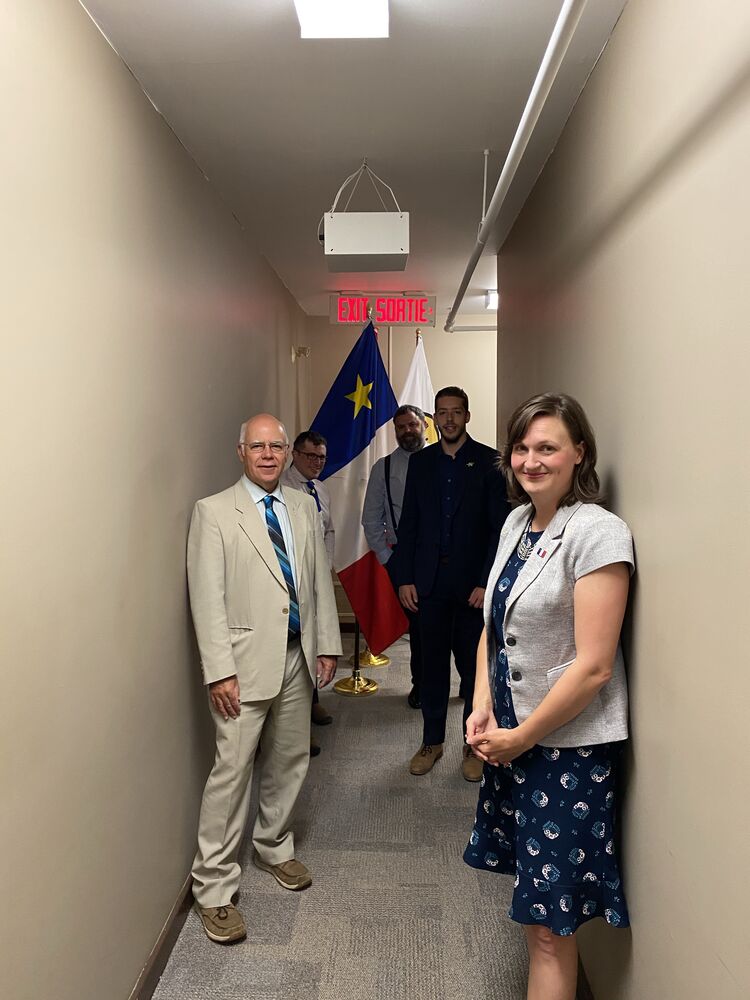 The Green Caucus Welcomes Proposals Made by SANB

The Green Caucus Welcomes Proposals Made by SANB

FREDERICTON – Just ahead of National Acadian Day, the Green Caucus met with the Société de l’Acadie du N.-B. (SANB) as they arrived in Fredericton to meet political leaders today.

At the end of the meeting, Green Party leader David Coon stated that there is still a lot of work to be done to ensure equality between the province’s two linguistic communities.

SANB supports the Green’s proposal to establish a Standing Committee on Official Languages, which is currently being considered by a committee of the Legislature.

“Concrete action must be taken to achieve real equality. We can’t expect it to happen effortlessly. Of course, the Official Languages Act will be up for review shortly and we will make sure that it is done in public and on time,” said Coon.

“I was also pleased to learn that SANB is strongly focused on improving the way New Brunswick manages immigration, because as I have repeatedly said, we need the autonomy to ensure we can keep international students and attract immigrants to meet our unique needs, including the need for francophone immigration.  Leaving this up to Ottawa is not acceptable,” said Coon.

The MLA for Kent North, Kevin Arseneau, points out that vigilance is always required when it comes to ensuring equality between the province’s two linguistic communities.

“Since my arrival at the Legislative Assembly, I have realized how we are still far from the goal set 50 years ago when the Official Languages Act was adopted,” said Arseneau. “Achieving real equality and the development of our Acadian regions is the fight of a lifetime for me. Protecting our rights is certainly one of my top priorities as a Francophone MLA.”

Coon said meeting with the SANB ahead of National Acadian Day should become a tradition to take stock of the many priority issues of New Brunswick’s Acadian community.