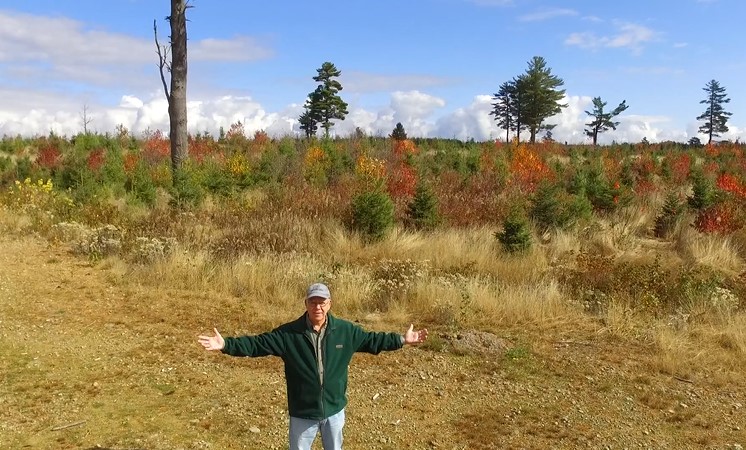 Home David Supplemental Opinion on the Use of Glyphosate: David Coon
DavidEnvironment

Supplemental Opinion on the Use of Glyphosate: David Coon

Given the significant public opposition to the spraying of glyphosate on Crown lands that emerged over the past six years in New Brunswick, the Standing Committee on Climate Change and Environmental Stewardship held public hearings during 2021 to assist it in making recommendations to the Legislative Assembly. While the Committee gave itself the mandate to look at the use of all pesticides, including herbicides such as glyphosate, the witnesses largely focused their presentations on the use of glyphosate.

Lawsuits are currently before the courts asserting Indigenous title over lands encompassing most of the Crowns lands in New Brunswick, which the Wolastoqiyik and Mi’kmaq neither ceded nor surrendered to the Crown.  Further, the committee was told that the Indigenous and treaty rights to gather food and medicine were being compromised by the spraying of glyphosate.

Steve Ginnish of Eel Ground First Nation referenced researched contained in a paper by N. Botten, L.J. Wood, and J.R. Werner, published in the Journal of Forest Ecology and Management on April 26, 2021, entitled “Glyphosate remains in forest plant tissues for a decade or more”.

Their research found that: “Glyphosate applied at sub-lethal doses, such as that experienced by plants in the understory during standard applications of glyphosate-based herbicides in forest cut-blocks, persists in plant tissues for a minimum of one year after treatment, and in some cases still remains in trace amounts after twelve years or more.”

The researchers found that both raspberry and blueberry fruits contained low quantities of glyphosate in the fresh growth one year after spraying, at levels that in some cases were above the maximum recommended levels for human consumption. Furthermore, they found that roots retain more glyphosate than the rest of the plant, and retain it for a longer duration. This was significant according to Mr. Ginnish, not only due to the widespread consumption of wild berries, but also because roughly one third of Indigenous medicines are extracted from the roots of forest plants.  Glyphosate spraying would deter the gathering of both berries and many plants used for medicinal purposes – posing a direct constraint on the exercise of Indigenous and treaty rights.

The general public too is significantly opposed to the spraying of glyphosate on forest lands as reflected in the largest petition ever tabled in the Legislative Assembly on December 6, 2016.

Research presented by Dr. Matthew Betts, an expert in forest ecology from New Brunswick, while on sabbatical from his faculty position at Oregon State University, found a reduction in forest biodiversity following the spraying of glyphosate, and resulting from the conversion of mature forest communities to plantations or early successional forest stands.  His research found a 30-40% decline in forest habitat since 1985 for more than 50 bird species, which he linked to a precipitous decline in populations for those bird species, which he estimated to represent a loss of between 22 million and 104 million birds.

No witnesses were called to present their research into the health risks associated with glyphosate spraying, because no such expertise exists in New Brunswick.  However, a comprehensive review of the current health literature was published in the Journal of Immunotoxicology in 2020 by Professors Cindy Peillex and Martin Pelletier from the University of Laval in Quebec.  They concluded the current scientific literature provides strong evidence of the impact of glyphosate and glyphosate-based herbicides on fish and mammals, citing damage to DNA, increases in oxidative stress, disruption of the estrogen system, reproductive effects, digestive effects, impairment of some cerebral functions, and impacts on the immune system.

There are sufficient reasons for the Department of Natural Resources and Energy to terminate its annual pursuit of permits from the Minister of Environment to spray glyphosate, and end its use over Crown lands.