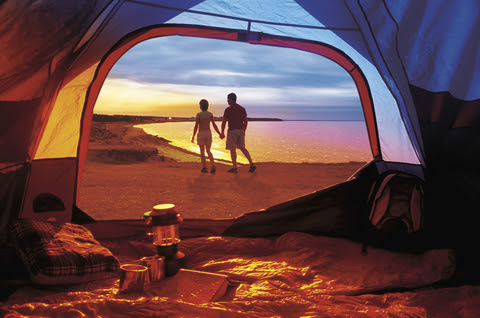 Home In the News Privatization of park operation profitable: province
In the News

While the province plans to privatize the operation of Murray Beach Provincial Park, the MLA for the area hopes the deal won’t go through as residents and business owners have raised concerns.

“Hopefully this is not a done deal,” said Memramcook-Tantramar MLA Megan Mitton, adding that she doesn’t understand the province’s rationale for contracting out park operations through a concession agreement, beginning in 2020.

“It’s still a little ways out and I hope that government will reconsider this decision.”

Located in the southeastern corner of the province, Murray Beach is one of eight parks currently operated by the province.

A request for proposals to identify a private operator for the 2020 season will be issued in the fall, said Stéphanie Bilodeau, a spokesperson for the Department of Tourism, Heritage and Culture.

“The department is always looking at park operations to identify the most cost-effective operating model,” said Bilodeau, adding the park will continue to hold provincial park status and must comply with policies and guidelines outlined through the province’s Parks Act.

“The future operator will be monitored through the agreement to ensure that they abide by the conditions of the agreement.”

This is not the first time the province has sought a private operator for a provincial park. Parks where operations have been contracted out include Anchorage on Grand Manan Island, Val Comeau, approximately 82 km east of Bathurst, and Oak Bay, in the southwest corner of the province.

“I worry about this trend of privatization,” Mitton said. “Why would we take a public asset, a tourism gem from this area, and put it into private hands?”

Without the guarantee of provincial dollars to maintain the park, Linda Strang, co-owner of Strang’s Shore Camping, a campground  near Murray Beach, said she’s concerned that local businesses may be affected.

“We’re the forgotten end of the province,” said Strang, adding that Murray Beach is an iconic area that needs more attention from government, not less.

“We have campers that talk about how they were here when they were kids, and they love it,” she said. “Government should be trying to help everybody down here.”

But another business owner in the region thinks a private operator may do a better job of managing the park.

“When you don’t have to look at your finances, and you’re just given money hand over fist, you don’t see the issues,” said Richard Strang, owner of Strang’s Produce Inc., a family potato company in the Melrose area, south of the provincial park.

Mitton disagrees, saying the park has been well managed by the province.

“If it’s worth it for a private company coming in, then it must be worth it for us to run it as well,” said Mitton, adding she’s concerned about provincial jobs being lost.

“There are people that have been working there for decades,” said Mitton. “With privatization there’s always the concern that people may lose their jobs, so that is a big concern for me.”

Jerry Strang, co-owner of Strang’s Shore Camping, said he was disappointed by the fact that local business owners were left out of the province’s decision-making process.

He said his business still hasn’t been officially notified of the decision.

Shelley Munn, a spokesperson for the Tourism Industry Association of New Brunswick, which advocates for tourism issues in the province, said the association has also not been directly notified of the decision to privatize park operations.

Munn said the association became aware of the decision through a provincial budget presentation. In March, the province slashed the tourism budget by 37 per cent, dropping it to $12.8 million from $20.2 million.

“The way we’re hearing about things is kind of confusing, and not always official,” said Mitton. “I have heard from constituents that they are very concerned, and that they want more details.”

Concerned local residents are organizing a rally to “agree on a course of action that best serves the needs of our area,” according to a Facebook event called Murray Beach Action Rally.

The event will be held on May 26 at the East Botsford Recreation Centre.

Mitton said she plans to attend the event, which starts at 2 p.m.

“Community members are getting together to figure out what’s the plan, and what they want for their community,” said Mitton. “That’s an important thing we need, to have decision-making be connected to what the community wants.”