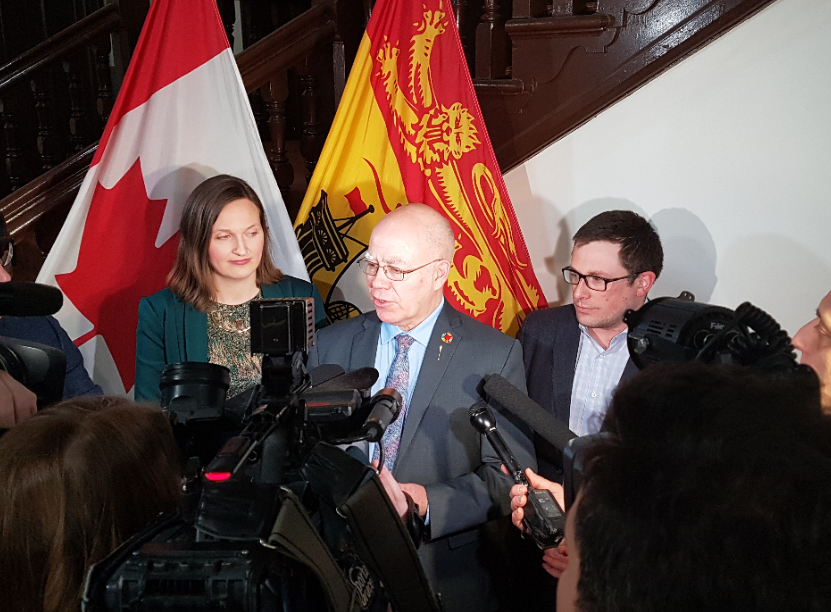 Fredericton – Green Party Leader David Coon and his caucus colleagues, Megan Mitton and Kevin Arseneau welcome the decision by Premier Higgs to pause the drastic changes planned for six New Brunswick hospitals by the regional health authorities, two of which are in the ridings of Ms. Mitton and Mr. Arseneau.

“The three of us have been meeting and speaking with community leaders, citizens and medical professionals in the six regions that would be negatively affected by the dramatic downgrading of health services in their hospitals,” said the Green Party leader.  “The Premier has done the right thing in shelving the plans and committing to visit each community to discuss health care.”

Coon said that he and his colleagues look forward to contributing to much needed change that puts the well-being of all New Brunswickers at the heart of health care reform.