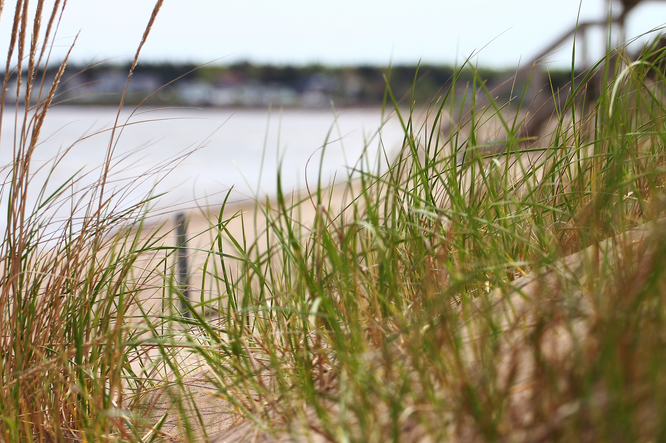 Parlee Beach Provincial Park, heralded as a “crown jewel” tourist attraction, will fly the coveted Blue Flag this summer, thanks in part to its water quality monitoring regime.

The Shediac Bay Yacht Club was also awarded the designation this year, making it the third New Brunswick site recognized for its high standard in water quality and environmental management. The Blue Flag is an international designation from the Foundation for Environmental Education, administered in Canada by the Environmental Defence advocacy organization.

Last year, Aboiteau Beach in Cap-Pelé made headlines as the first New Brunswick beach to land the recognition. It retained the flag this year.

Parlee’s award comes after years of controversy over high-profile problems with water quality and pollution control at the beach.

Acquiring the blue flag has been a key part of provincial and municipal efforts to restore confidence in the cleanliness of the park. Visitors to the park dropped by about 31 per cent between 2016 and 2018.

Last year, Parlee saw ‘no-swim’ advisories on 27 of 140 monitoring days, according to government spokeswoman Stephanie Bilodeau. Thirteen of those were considered precautionary because of high rainfall amounts that had potential to pull more pollution into the water.

The Blue Flag criteria is that water quality must comply with Canadian Recreational Water Quality guidelines and additional international criteria for 80 per cent of swimming season days from June to Sept. 1.

By that standard, Parlee scored 88 per cent, Scarfone said.

It’s a slightly different figure than a frequently-repeated statistic from the provincial government: that 98 per cent of the 1,350 total samples collected last year were of acceptable quality because Scarfone said the province’s sampling starts earlier and ends later than is required by Blue Flag.

Tourism Minister Robert Gauvin told reporters at the legislature that 33 criteria had to be satisfied to fly the flag and Environmental Defence is not a “political organization.”

Water must be tested for intestinal enterococci and streptococci levels by an independent lab that takes at least five samples per season, and the geometric mean, or average, must be better than provincial limits. Should physical or chemical pollution or algal blooms be detected repeatedly, the Blue Flag must be taken down for the remainder of the season.

Bill Ross, a cottage owner and member of the Red Dot Association, the environmental group that has long been critical of the government’s handling of pollution concerns at Parlee, said Environmental Defence should have waited another year before awarding the flag.

He said province’s 98 per cent statistic is misleading because it includes times of the year when pollution is never a concern at the beach.

“The critical time in there is the last couple of weeks of July and first couple of weeks of August, that’s the peak season,” Ross said. “Ninety-eight per cent doesn’t mean anything to the people who went to beach in August last summer and were turned back because they were advised not to use the water.”

He said another summer that sees more beach closures due to water quality, after the “pomp and circumstance” of the Blue Flag achievement, will only injure the beach’s reputation more.

“What’s the fallout from that? It doesn’t make any sense to me that they’d want to take a chance on that,” Ross said.

But Scarfone said frequent testing is a sign of the beach’s safety, especially considering closures are often triggered proactively by rainfall that can pull more pollution into the water.

“We don’t know what kind of swimming conditions there are if we’re not monitoring,” she said.

The provincial government has spent more than $3 million on a battery of mitigation measures and studies to try to identify and curb pollution in recent years.

Green Party leader David Coon called the designation “good news” but warned the government not to use it as justification for slowing government and community anti-pollution efforts, or approving more development along the Shediac Bay coastline.

“That tends to be done on a piecemeal basis. Permits are given looking at the individual development project itself. It has to be looked at in the context of all the environmental pressures on the area,” Coon said.

Shediac Mayor Roger Caissie said recently the town is pushing itself as a tourism destination by doubling spending on its “Experience Shediac” campaign and applying for a $400,000 Atlantic Canada Opportunities Agency grant.

The Shediac Bay Yacht Club, a kilometre from downtown Shediac, offers 170 berths and operates a sailing school. Marinas that get the blue flag must meet 25 criteria, including “visibly clean” water, sewage pump-out facilities, the promotion of sustainable transportation and have environmental policies in place.

More than 4,000 beaches and marinas in 45 countries fly the Blue Flag, including 28 sites in Canada.

The minister hinted that “new things” will be announced in the coming weeks to ensure that Parlee beachgoers “can be very secure” that the water is safe.

— With files from John Chilibeck and Flavio Nienow​​​​​