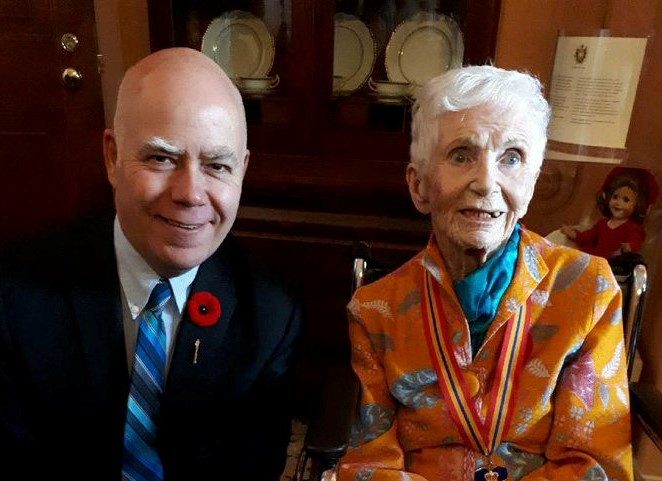 My wife, Janice Harvey, and I want to extend our heartfelt condolences to Jackie Webster’s family and many friends.  She was an inspiration to both of us.

Jackie was a well-known writer, journalist, and political commentator.  She loved politics and she loved New Brunswick.  It seemed as if she knew just about everyone and all their relations too.

We have known Jackie and her family for more than three decades, going back to the final days of Richard Hatfield’s premiership.  She has played a pivotal role in the life of our province, reflecting our stories to the rest of the country as a journalist for the Globe and Mail and Macleans magazine, breaking gender barriers as she went.  She had a distinguished career working and writing speeches for former Premier Hatfield, with the public good of New Brunswick as her guide.

Jackie was the recipient of many awards from the Order of New Brunswick to the Writers Digest Fiction Award, but she always held a special place in her heart for the Beaverbrook Scholarship which enabled her to attend UNB, and for Lord Beaverbrook himself, who took a keen interest in her progress as a student and budding writer.

She had a deep well of energy and enthusiasm which she poured into her writing, and into her relationships with everyone she knew.  I am honoured to have had her as a friend.  She was a most remarkable New Brunswicker whose life was well-lived.

Thank you for the dance Jackie.