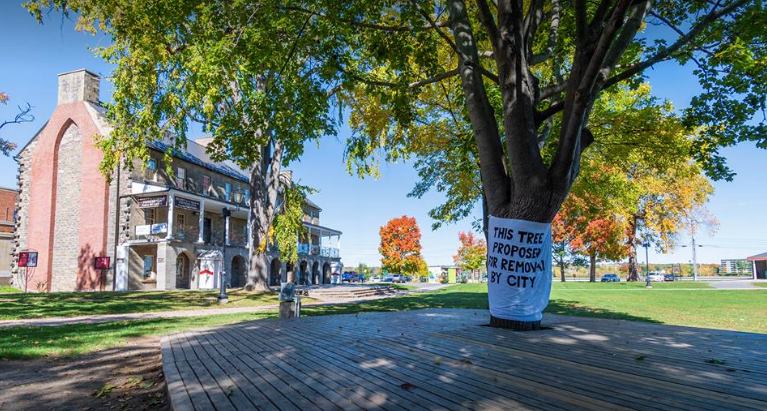 Home David Officers’ Square: Where are we now?
DavidEnvironmentGovernance

Officers’ Square: Where are we now?

Due to the flurry of public activism, the intended work on the square was slowed down, and the City modified the design to save the oldest trees on the site. Nonetheless, public concern has persisted as the stone wall surrounding the square has been partially dismantled.

As MLA for the riding in which Officer’s Square sits, I met with the new Minister of Tourism, Heritage and Culture, Robert Gauvin, to ensure that he understands that the public concern for conserving the heritage of Officer’s Square is widespread. I also emphasized that his role as Minister is to ensure that when work is carried out in historic spaces, the preservation of unique and invaluable heritage is of foremost importance.