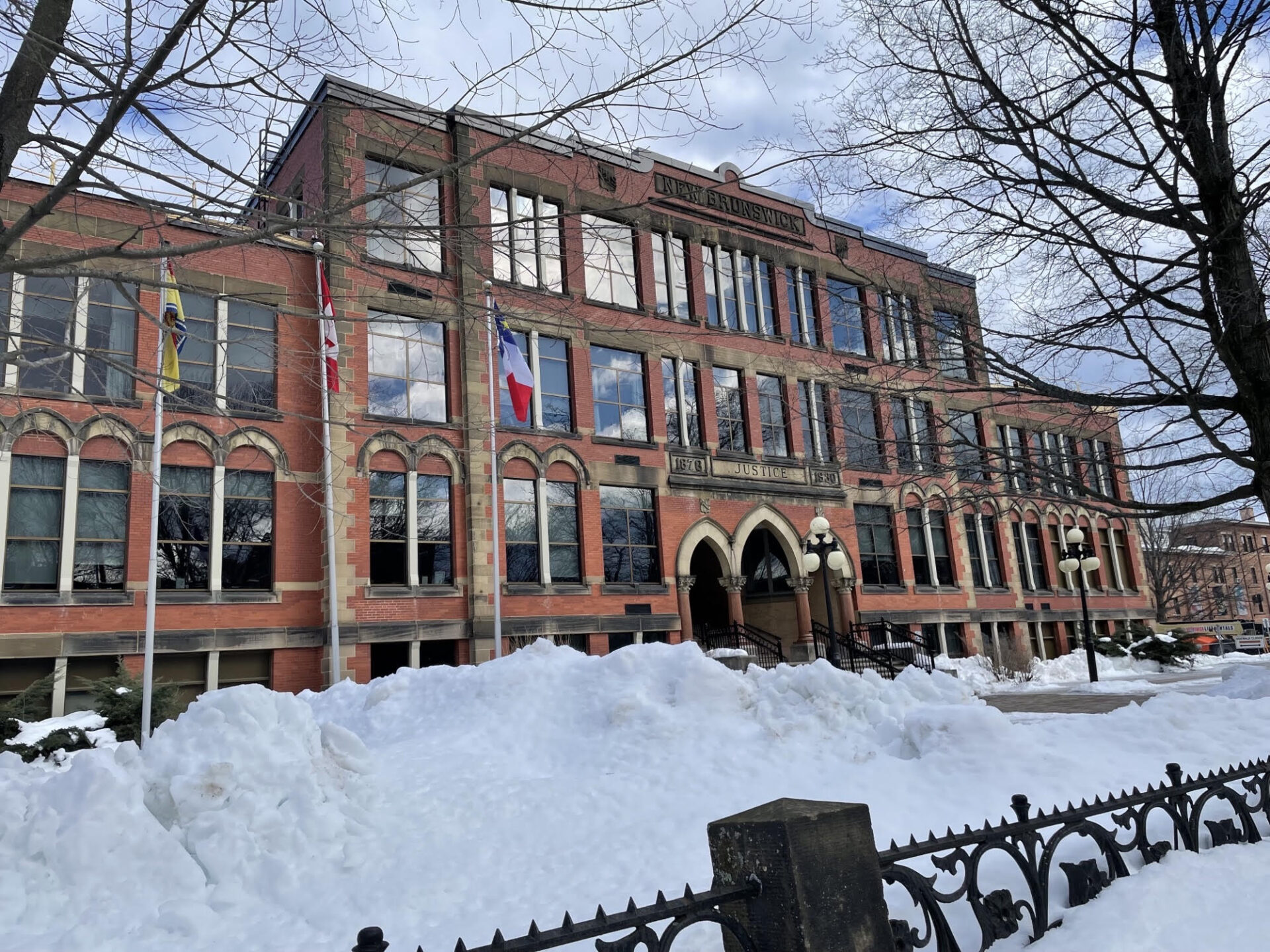 Newsletter – The Future of the Old Justice Building – Spring 2022

If you missed the virtual community gathering and panel on the future of the Old Justice Building on March 2, you can watch it here. The panelists were Architect John Leroux, Engineer Tom Morrison, and President of the Fredericton Heritage Trust, Jeremy Mouat, The panel started out with presentations on the history of the building, the benefits of repurposing and reusing old buildings, and the value of such heritage buildings.

As John and Jeremy pointed out, the building is not new to repurposing. It started out as a Normal School to train teachers, went through a fire, was rebuilt before becoming a high school, and is now in its third incarnation as the current Justice Building. With a new Justice Building slated to open in 2025, many in Fredericton want to ensure that this beautiful heritage building, the “heart and soul” of downtown, continues to be used as a vibrant, inclusive, culturally relevant space.

Tom Morrison of Heritage Engineering drove home the point that the “greenest building” is the building that already exists. To add to that, John pointed out that it is also the “cheapest building”, noting that building the Old Justice Building today would cost tens of millions of dollars, whereas repurposing and renovating it would be incomparably less costly.

Another point the panel made was that the building is multi-faceted with spaces that can be adapted to multiple uses. It is not just a large building, it is a building with much potential for different uses. The panel did, however, make it clear they did not think housing would be an appropriate use of the space.

When the floor opened up for Q&A and discussion, it became clear that most people shared a common desire to see the building used in a way that included as wide a range of the community as possible; across age, cultural, socio-economic and ability levels. Many proposed that the most obvious use for a building that had twice been a school would be for educational purposes. Some proposed expanding the NBCCD craft college, which is right next door, into the building. Others suggested the existing auditorium would naturally lend itself to housing a theater school.

Dr. Sara Davidson, a lead advocate for some of our most vulnerable citizens, proposed an intentionally inclusive community centre that had space for everyone, where a “mashup for all different walks of life” could exist. This was seconded by another participant, Youssef El-Khoury, who yearned for a vibrant public space like those that exist in other countries.

Some ideas brought forward during the evening:

For media coverage of the event, check out: CBC, CTV and The Gleaner.