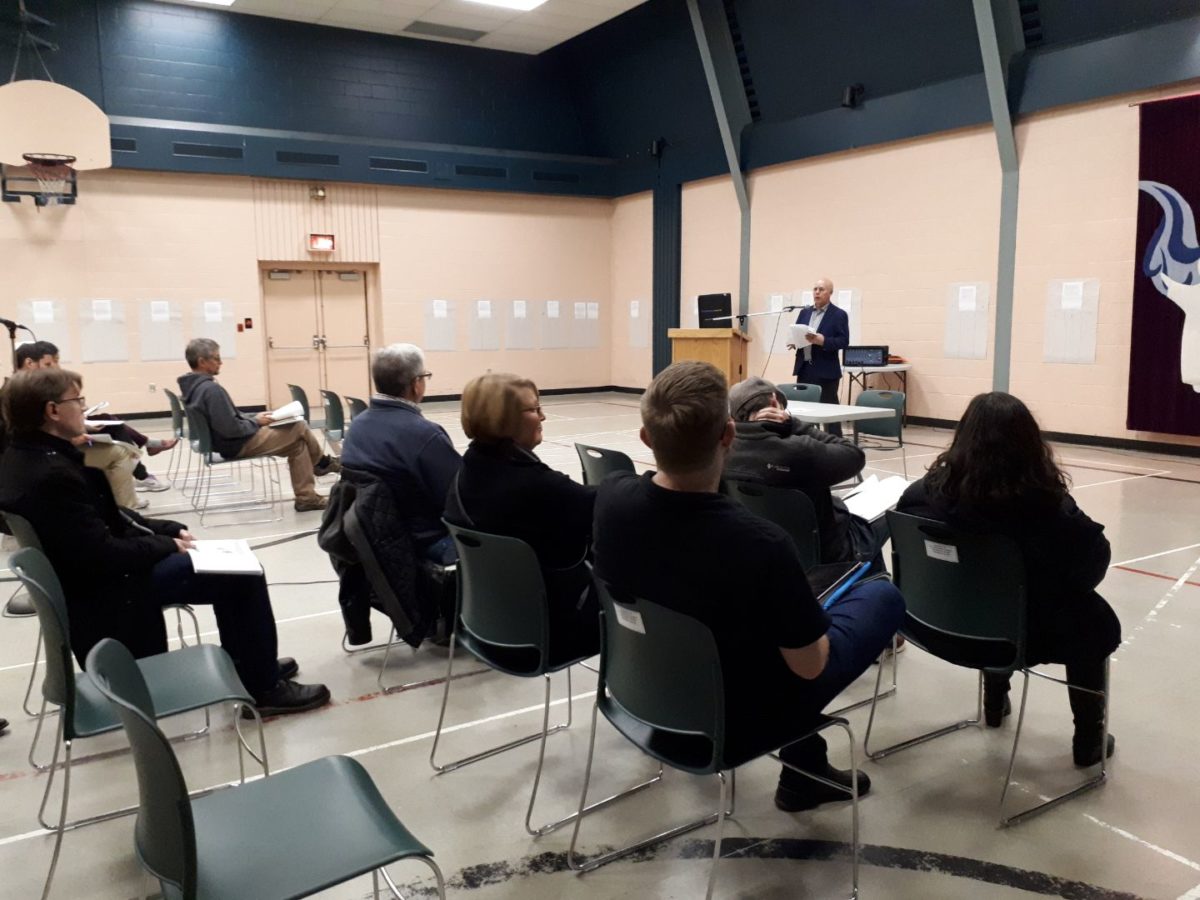 The latest round of Community Gatherings brought out about 40 constituents to four different meetings. They expressed concerns about a variety of issues, ranging from city infrastructure, reforming municipal governance, municipal tax reform, healthcare, and public and active transportation. David Coon was joined by the four city councillors in his riding, John MacDermid, Greg Ericson, Kate Rogers and Stephen Chase.

In addition to concerns, some interesting ideas were proposed by attendees, such as a councillor at large on City Council; a municipal income tax on people who work in the city; tax incentives to preserve heritage properties; and an active transportation hub with a pedway, park and ride bus system, and bike trails.

Many people expressed concern about the lack of diversity in both city council and staff. Healthcare got lots of attention as well, which gave David an opportunity to discuss his proposal for an all-party healthcare committee to bring about much needed healthcare reform.

A more detailed report will be available soon.

Here is a list of issues that people brought up:

Sept. 21 with Greg Ericson at the Boys & Girls Club in Skyline Acres

Sept. 26 with Stephen Chase at the Unitarian Fellowship