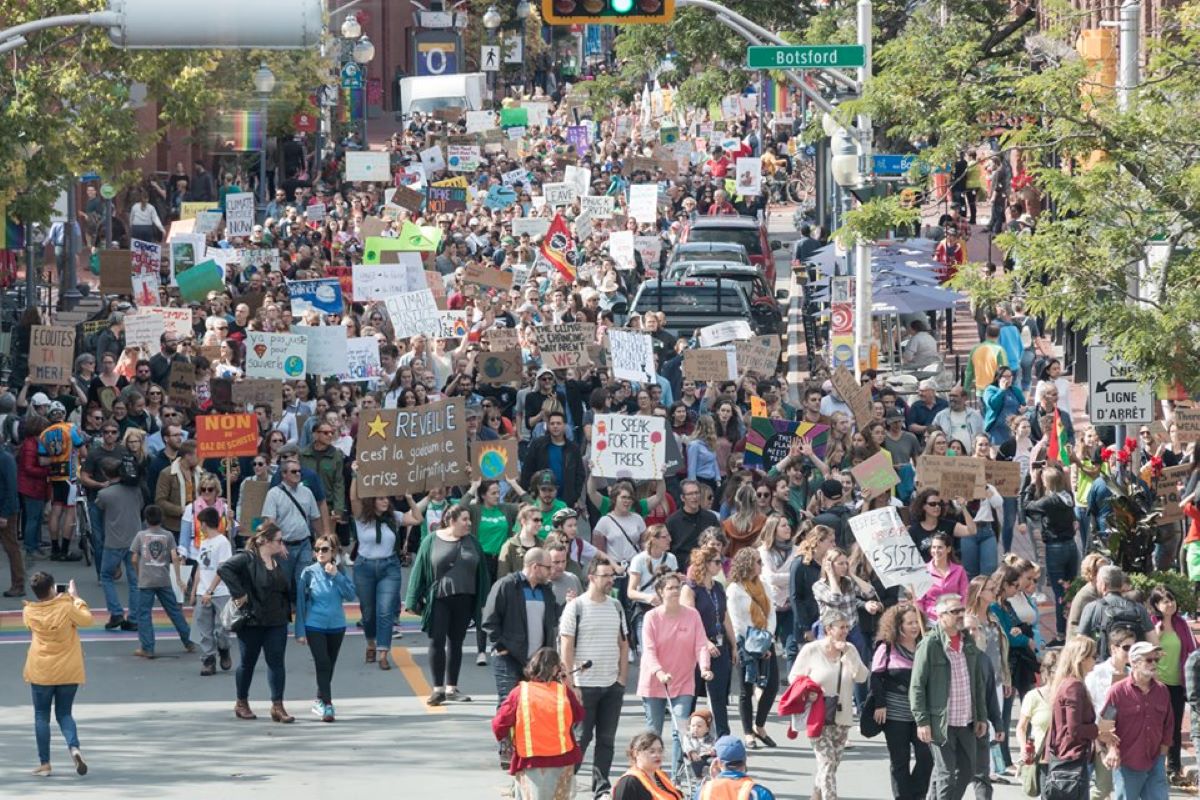 The Moment for Climate Action

I’ve noticed a palpable shift in the air. After 30 difficult years of effort by scientists and environmentalists, the climate crisis is finally on people’s agenda, especially that of young people.

This was obvious last spring when youth gathered for climate action rallies in front of our own Legislature.

The young people who spoke at these rallies, spontaneously and from the heart, expressed their fears that they would have no future and demanded their government act.

It is the failure of successive governments to help us move away from fossil fuels that has brought about such levels of anxiety. The tipping point was last year’s report by the United Nations Intergovernmental Panel on Climate Change which said the necessary response will require “rapid, far-reaching and unprecedented changes in all aspects of society”.  And this is precisely why we have seen no meaningful action.

No Premier or Prime Minister to date has had the courage to say that to secure a future for our children we must make “rapid, far-reaching and unprecedented changes in all aspects of society”, nor have they the vision for what those changes must include.

According to the scientific consensus, we must get a good way along this road over the next 11 years or our children will be facing a future that will be inhospitable, with some regions of the world rendered uninhabitable.

This will mean that we must help families and regions that are dependent on the oil and gas industry make the transition to a new economy, where the production and use of fossil fuels necessarily plays an ever-shrinking role as we move to a society based on renewable energy.

In my first term, I was hopeful the provincial government of the day would act, following the release of its climate action plan, three years ago.  Its action plan was entitled “Transitioning to a Low-Carbon Economy” and was based on recommendations I helped draft on the all-party Committee on Climate Change.  Nothing happened.  The current government claims they have embraced the very same action plan, yet Premier Higgs has been an unabashed cheer-leader for the increased production of fossil fuels and has failed to take climate action during his first year in office. In fact, he and his colleagues voted down my bill to enable municipalities to purchase renewable power from local developers.

I am excited by the mass movement of young people, inspired by the young Swedish activist Greta Thunberg, who are demanding that the adults in positions of power take swift and meaningful action to fight the heating of our climate by phasing out the use of oil, gas and coal in favour of clean renewable energy.

A last-ditch UN Climate Action Summit is happening on September 23 in New York City.World leaders are being asked to commit to pollution reduction targets that prevent the world from warming more than 1.5 degrees C and avoid ever reaching 2 degrees of warming.  This is the Paris target.

To coincide the New York meetings, the youth have asked us all to join them in climate strikes on September 20 and 27, to walk out of our classes, workplaces, and homes to rally with them as they demand real action to ensure they have a livable future.

Join the movement, follow the youth – for their sake.