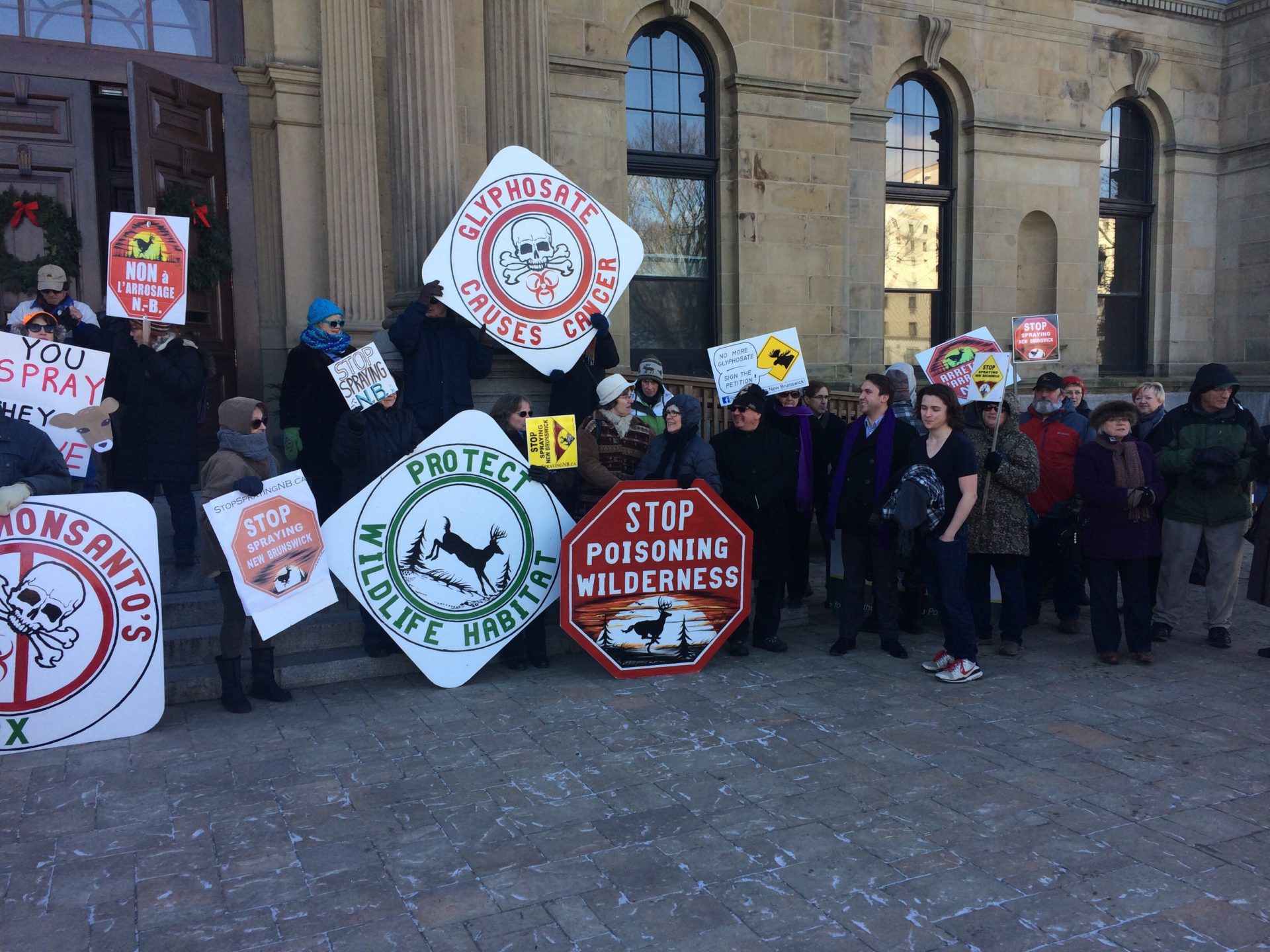 WHEREAS the World Health Organization deemed glyphosate “probably carcinogenic to humans” in 2015;

WHEREAS there is increasing scientific evidence of the risk glyphosate poses to the health of our forest ecosystems and wildlife;

WHEREAS I and the member for Restigouche West tabled the one of the largest petitions in the history of the Legislative Assembly with over 34,000 signatures asking for the spraying to end;

WHEREAS $2.5 million tax dollars were used to pay for spraying glyphosate on Crown lands in 2017;

WHEREAS Agent Orange was approved by the provincial government to spray over forest plantations and under power lines right up until it was banned by the federal government, and replaced with glyphosate;

WHEREAS Quebec has banned the use of glyphosate for forestry operations;

The Motion urges the government to ban the spraying of glyphosate and other herbicides over our forests and under our power lines.