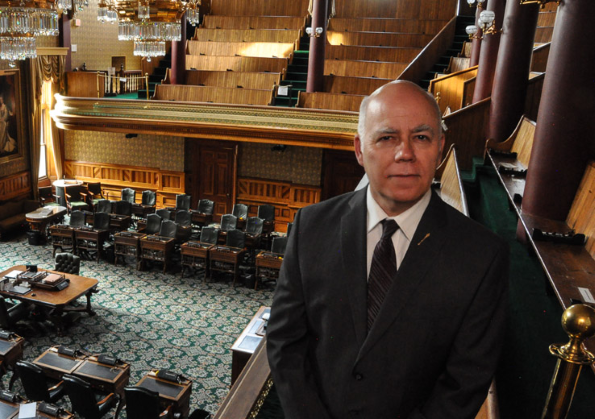 The Wolastoqey Chiefs first called for public inquiry into systemic racism in New Brunswick’s police and justice systems on June 6, which I and my colleagues supported. Chiefs from all three First Nations in New Brunswick are scheduled to meet with the Premier tomorrow, July 9th     to present their terms-of-reference for a public inquiry.

Premier Higgs has been reluctant to support such an inquiry, favouring a task force to sort through relevant recommendations from national inquiries that have never been implemented.  However, we need a made-in-New Brunswick public inquiry into New Brunswick’s policing and justice systems in order to reveal how they are biased against Indigenous people here at home, so that action can be taken to change the system now.

The inquiry must be Indigenous-led, and as recommended by the Wolastoqey Grand Council, include the participation of Wabanaki Grandmothers in discussions about the reform of our police and justice systems.

The inquiry will hold a mirror up to our policing and justice systems so that all New Brunswickers see society reflected back to us the way Indigenous people experience it.

Premier Higgs has the opportunity to bring about meaningful change for Indigenous people in New Brunswick, so I ask that he abandon his plan to create a task force to study the national recommendations of Canadian inquiries and launch the public inquiry that is needed.

Successive governments have reviewed recommendations from past national enquiries without acting on any of them.  A made-in-New Brunswick inquiry to tackle systemic racism in our province’s institutions is essential for change to happen, no matter how uncomfortable it may be for all of us whose ancestors have settled here over the past 400 years.