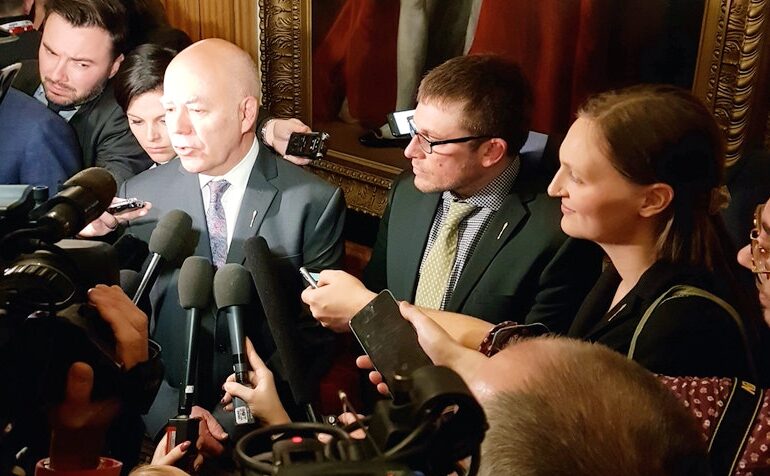 FREDERICTON – On the day before the Higgs’ government’s carbon tax increases to $40/tonne, Green Party leader and MLA for Fredericton South, David Coon, is calling on the government to invest the additional $28 million in increased revenue entirely in climate change mitigation.

“With increased carbon tax revenue, we have an opportunity to tackle climate change in a way that reduces emissions, increases energy efficiency, and helps New Brunswickers save on their heating bills,” said Coon. “I’m talking about major investments in home and business retrofits, support to improve public transportation, rebates for electric vehicles, and increasing the amount of small-scale renewable power on the grid.”

At a recent Climate Change and Environmental Stewardship committee, Green Environment critic and MLA for Memramcook-Tantramar, Megan Mitton, criticized the government for putting $20 million of carbon tax revenue into research and development for more nuclear power.

“We have a government that has become obsessed with more nuclear power, even at the expense of New Brunswickers and the climate,” said Mitton. “New Brunswickers need to know that their government is seeing the climate crisis for what it is, a crisis. The government needs to be investing in energy retrofits and tried and true existing technologies, like wind and solar – not expensive, potentially dangerous, and experimental technologies like nuclear SMRs.”