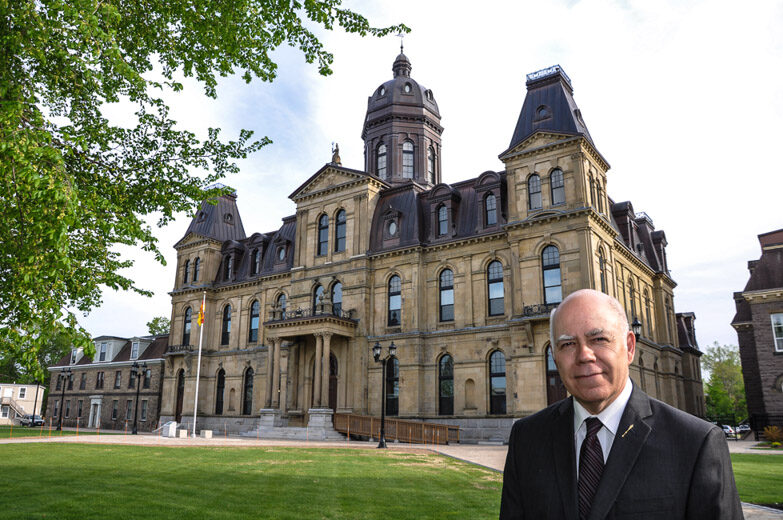 FREDERICTON – David Coon, Leader of the Green Party and MLA for Fredericton South, says its time for the government to take the politics out of the appointment of returning officers and elections clerks, as recommended by Elections NB.

“Its time to end the political appointment of election officers,” said Coon. “Most people will be appalled to learn that the party in power appoints the electoral officers who run the election in their ridings.  Our Chief Electoral Officer is recommending that her office take this over, and I support that.”

Chief Electoral Officer Kim Poffenroth released her report on Wednesday on the pandemic election last fall, making nine recommendations, including the appointment of returning officers by the independent electoral commission, extending the minimum length of campaigns in the case of snap elections, and improving mail-in voting.

“Its no surprise that the Chief Electoral Officer found there were issues with the election that need to be fixed,” said Coon. “During the campaign, my candidates and I experienced some of these first-hand.”

Coon wants Jeff Carr, the Chair of the Standing Committee on Procedures, Privileges and Legislative Officers to take Ms. Poffenroth up on her offer to present her report and take questions from the committee members.  The Child and Youth Advocate and the Official Languages are also waiting for an invitation from the committee chair to present their recent annual reports to the legislative committee as they have in the past.

“I wrote the committee chair two weeks ago as a member of the committee, requesting that he schedule a meeting to hear from our Legislative Officers, and start the work on draft rules to guide a virtual sitting of the Legislature.  Astonishingly, the work of legislative committees continues to be controlled by the Premier’s office, not by the Legislative Assembly, so I have yet to receive a response.”