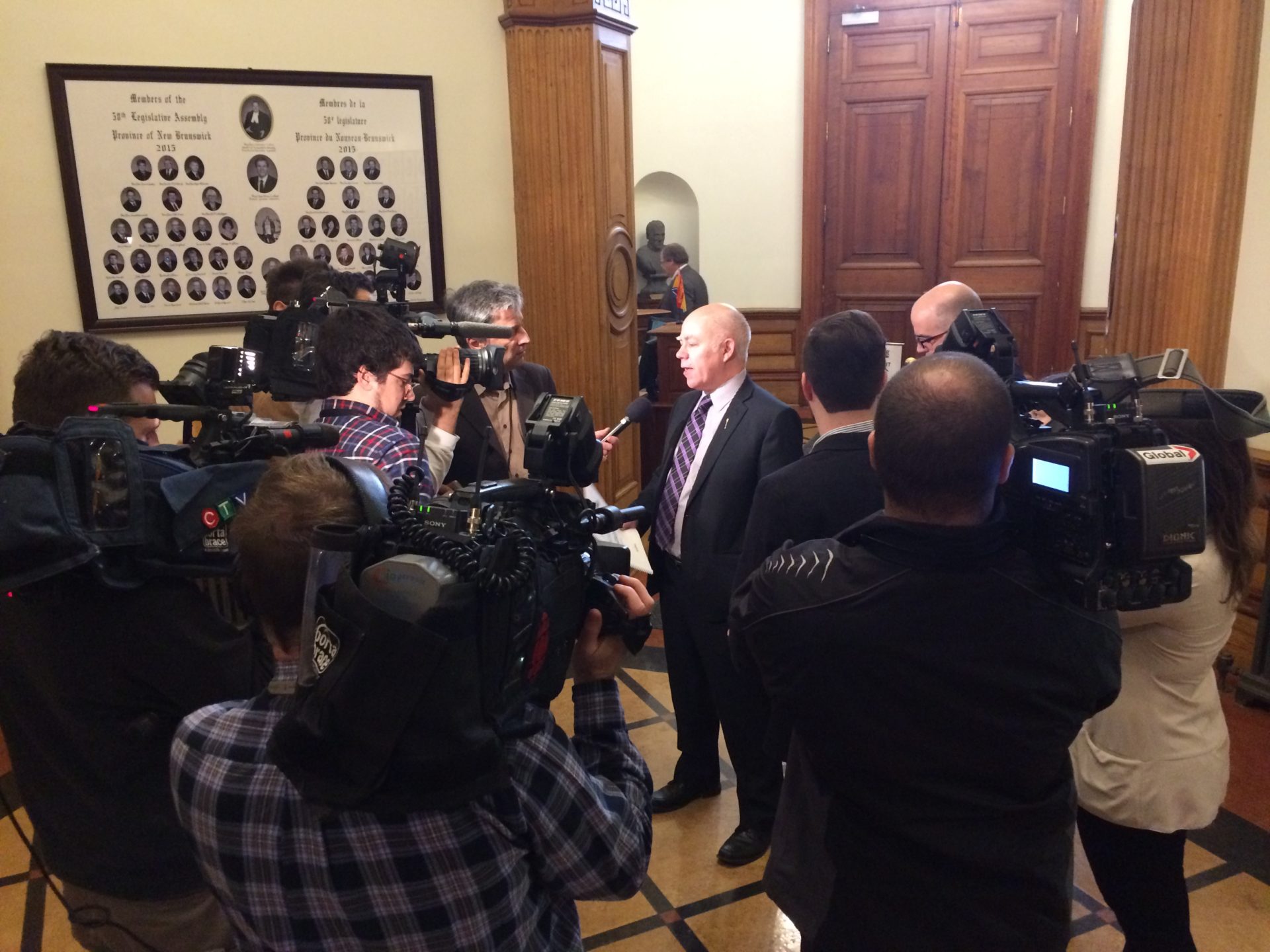 Fredericton – According to New Brunswick Green Party leader David Coon, progress on cutting carbon emissions in New Brunswick has been stalled since 2013, despite the Climate Action Plan adopted by the Gallant government and endorsed by the Higgs government.

“The last time that emissions saw a meaningful decline in NB was from 2012 – 2013, with a 2 million tonne cut in carbon pollution. Since then our emissions have been stagnant, which means we fail to achieve the 3.6 million tonne reduction by 2030 set out in our Climate Change Act without bold new initiatives,” said Green Party leader David Coon.

Last December, Premier Higgs announced that his government endorsed the Climate Action Plan of the previous government, but he has failed to implement any of its commitments.  Last week he said he was waiting for a Kodak moment to act.

“Last Friday, we saw unprecedented numbers of youth in the streets around the province demanding climate action.  As required by the Climate Action Plan, Premier Higgs must roll out regulations, programs and incentives to ensure:

This is the bare minimum of what we must do immediately in order to do our share in responding to the climate crisis,” said Coon.

New Brunswick’s carbon emissions amount to 14.3 million tonnes per year. The objective enshrined in the provincial Climate Change Act, is to reduce those emission to 10.7 million tonnes/year by 2030.