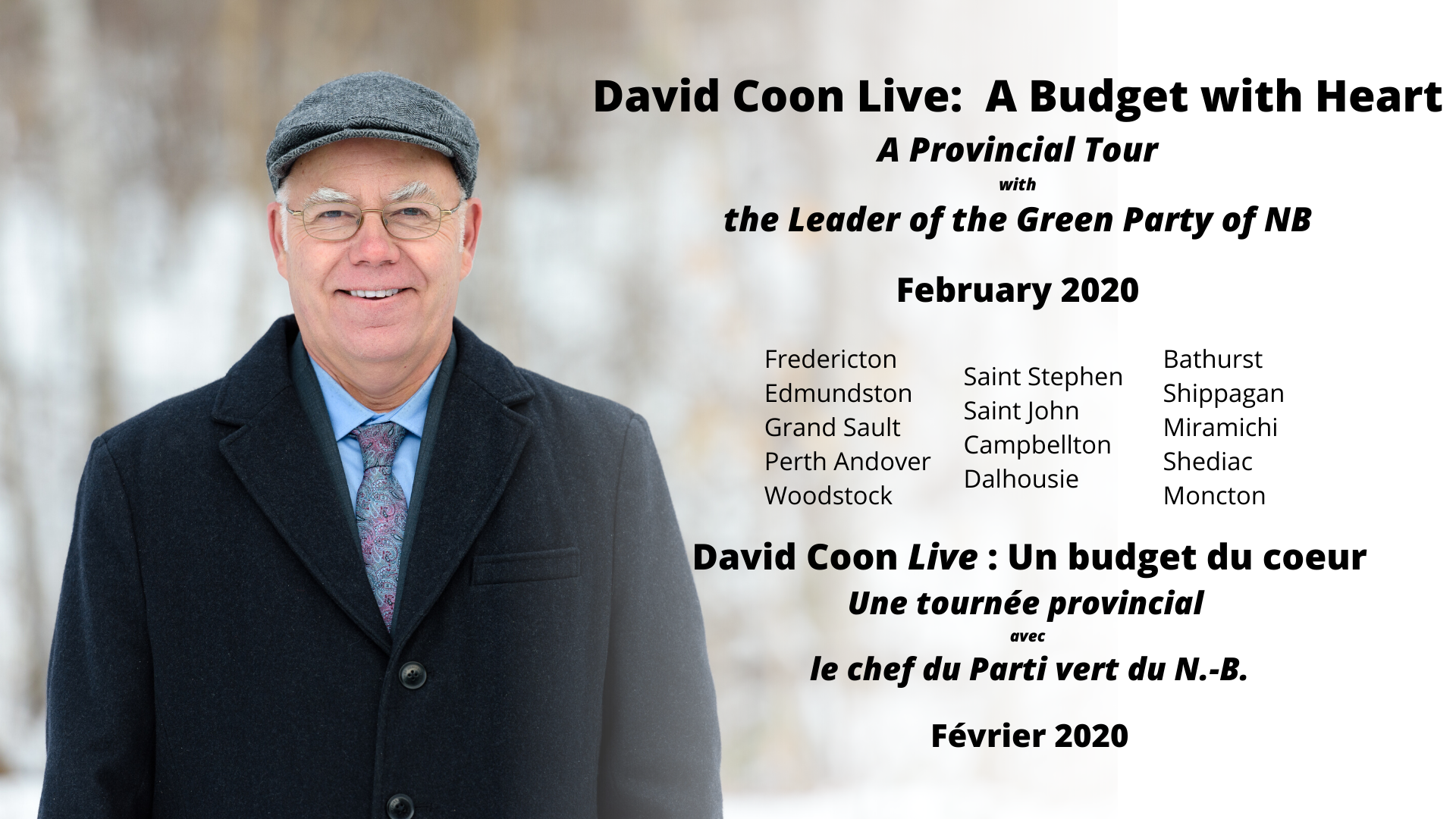 Fredericton – Green Party Leader and MLA for Fredericton-South, David Coon, is launching his Budget with Heart tour to consult with New Brunswickers about how we could put people’s well-being at the heart of the New Brunswick Budget.

“What our tax dollars are spent on reflects the priorities of government, and that matters.   I believe that if government put our well-being at the centre of everything it does then we would have a very different budget. The well-being of our population cannot simply be a hopeful result of economic growth and debt reduction – it needs to be at the heart of the budget.”

Coon points to the Well-Being budgets recently adopted in New Zealand and Iceland as examples to learn from to tackle some of the most important issues in New Brunswick, including poverty, mental illness and high suicide rates. They established indicators of well-being to guide the development of their budgets.

The tour begins Tuesday, February 11 in Fredericton and will include short remarks by the Green Party leader, followed by a discussion with the public.  It will continue over the next two weeks, with stops in 14 communities across the province.

The Minister of Finance has asked for public input into the budget-making process, so Coon’s submission will be based on what he hears on his tour of the province.