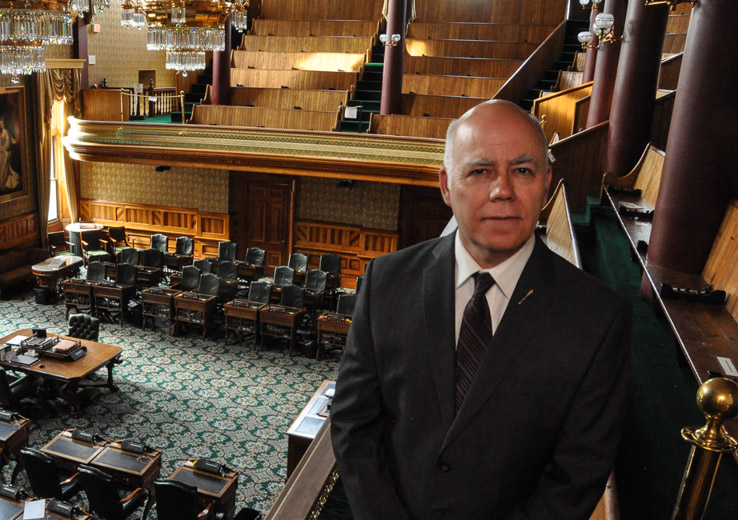 FREDERICTON – On National Indigenous Peoples Day, Green Party leader and MLA for Fredericton South David Coon is requesting that a committee of the Legislative Assembly, such as the Social Policy committee, hold hearings to hear from Indigenous people about reconciliation this fall.

“If the Legislature were to hold hearings and invite Indigenous people to share what reconciliation means to them, it could be a real opportunity for our elected officials to hear directly from the Indigenous people of this province,” said Coon.

Earlier this month the Legislature recognized September 30 as a Day for Truth and Reconciliation in New Brunswick. Coon is proposing that a committee of MLAs hear from Indigenous New Brunswickers during the week leading up to September 30. In the government’s legislative calendar, this week has been set aside for committees.

“I have seen the difference it made when our committees heard from Indigenous people on child welfare legislation and glyphosate spraying,” said Coon. “I hope both the Premier and the Official Opposition will support my proposal.”