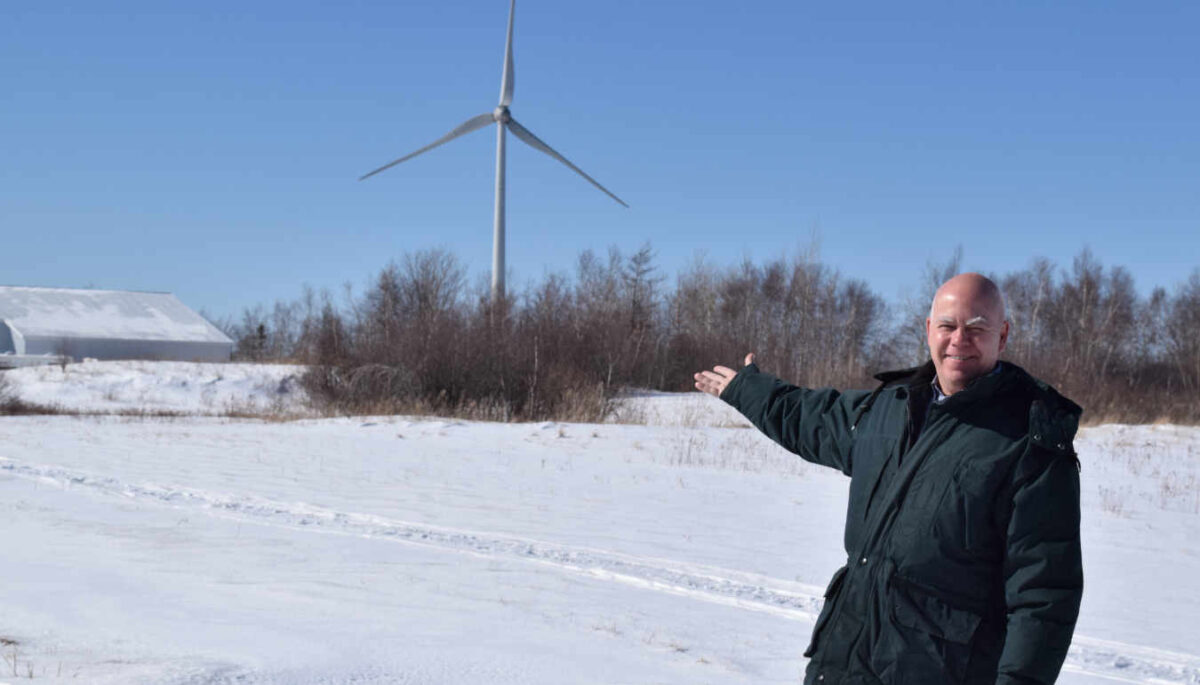 FREDERICTON – Green Party leader David Coon is calling on the Higgs government to commit to an ambitious target to grow the renewable energy industry in New Brunswick, rather than continuing down path of expensive and risky nuclear power generation.

The legally regulated target set by Bernard Lord in 2006 to supply New Brunswickers with 10 percent of our electricity needs from new sources of locally produced renewable energy has now been achieved.  That regulation expires in three weeks without any commitment from the Higgs government to a new target for further expanding locally produced renewable energy in New Brunswick.

“A reasonable target would be to double the local supply of renewable electricity by 2030,” said Coon.  “Pairing this with a long-term contract for 700 to 1000 MW of hydroelectricity from Labrador and Quebec would substantially increase our supply of affordable electricity while laying the foundation to achieve net zero carbon emissions by 2050.”

The Higgs government has signalled it is going in a different direction, making plutonium extracted from the radioactive wastes stored at Point Lepreau its fuel of choice. This would fuel a new nuclear reactor, half the size of the one it currently operates. The reactor and plutonium extraction technology are still in the design stage, the costs are unknown, the plutonium extraction process creates radioactive liquid wastes, and the entire enterprise depends on a large infusion of public money to get off the ground.

“New University of Calgary research finds the cost of wind and solar power is now on par with natural gas, which makes it far cheaper than nuclear power, without the attendant security risks posed by nuclear proliferation and the production of radioactive wastes,” said Coon.  “The Higgs government is backing the wrong horse, and we are going to end up footing the bill while leaving highly radioactive waste for future generations to contend with.”

Note:  It was on July 27th, 2006, that New Brunswick’s then Conservative government introduced a regulation under the Electricity Act to ensure that NB Power would supply 10 percent of New Brunswickers power needs from new local renewable sources. This target was in addition to the 21 percent of power sales already supplied by local hydroelectricity and has now been achieved through a combination of wind and biofuels.