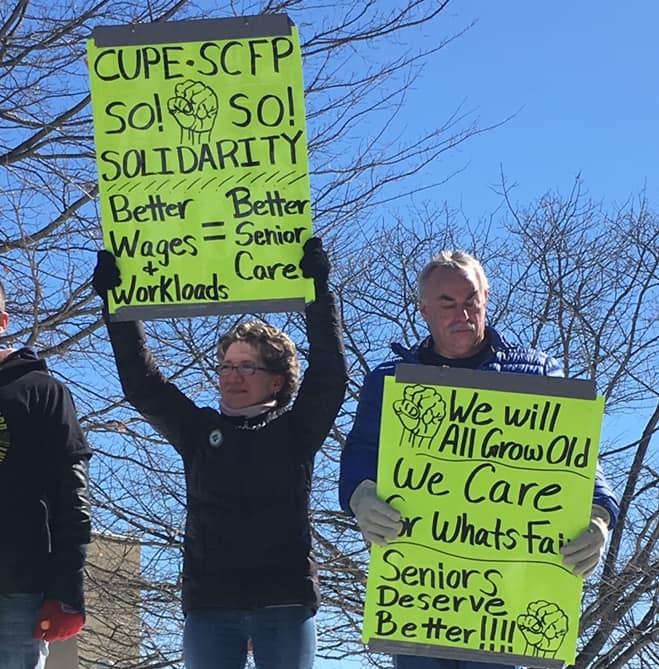 Fredericton – Green Party leader David Coon and his caucus are calling on Premier Blaine Higgs to resolve the government’s dispute with nursing home workers by sending it to binding arbitration.

Coon and his caucus colleagues say binding arbitration will get the dispute out of the courts, end the impasse at the negotiating table, and avoid a strike.

MLA Megan Mitton for Memramcook-Tantramar says “At this point, binding arbitration is the fairest way to proceed.  It means that an impartial arbitrator, will be able to look at the wages and working conditions to allow the best outcome for all involved.”