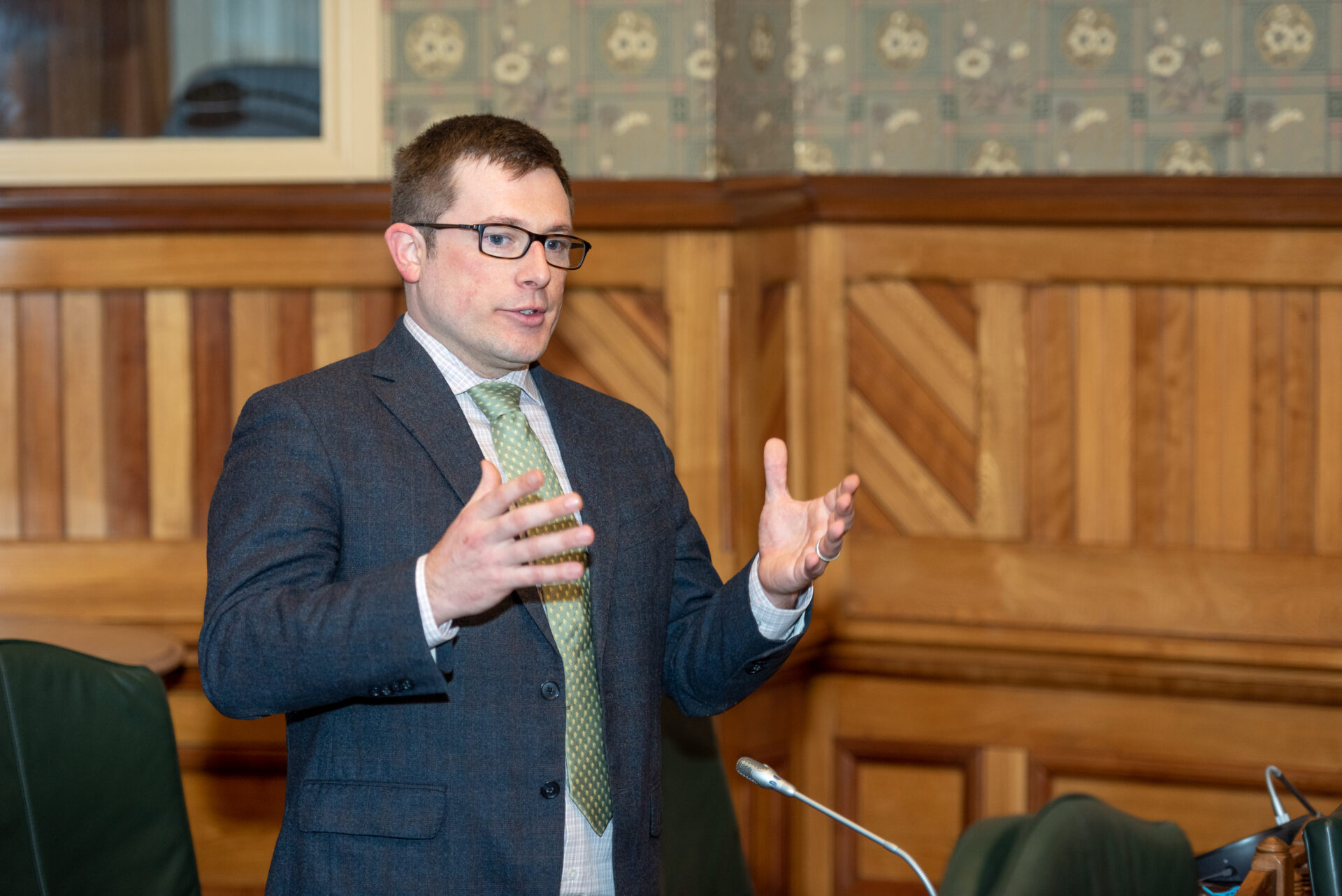 Fredericton – In the Legislative Assembly this afternoon, Green Party MLA for Kent North and Acting House Leader Kevin Arseneau will move a motion calling for an emergency debate on hybrid or virtual sittings of the Legislative Assembly. A hybrid system is in use in the House of Commons. Since September, Members of Parliament have the option of participating in debate and voting virtually.

“My caucus colleagues and I have been consistently calling for virtual or hybrid system for Assembly sittings since April,” said Arseneau. “The Legislative Assembly has had over six months to study and implement such a system that would enable the MLAs who cannot be in Fredericton for public health reasons to represent their constituents by participating in debate and voting on important legislation.”

“We cannot afford to suspend our democratic institutions in times of crisis, especially when there are proven and safe alternatives, as have been convincingly demonstrated in the House of Commons,” said Arseneau. “The Legislative Assembly has only sat for 12 full days of routine business out of 328 this year.”

“While Members of the Legislative Assembly are being asked to stay home, the government is asking workers across the province, including teachers, retail workers and healthcare workers to go to work every day,” said Arseneau “Democracy is an essential service.”