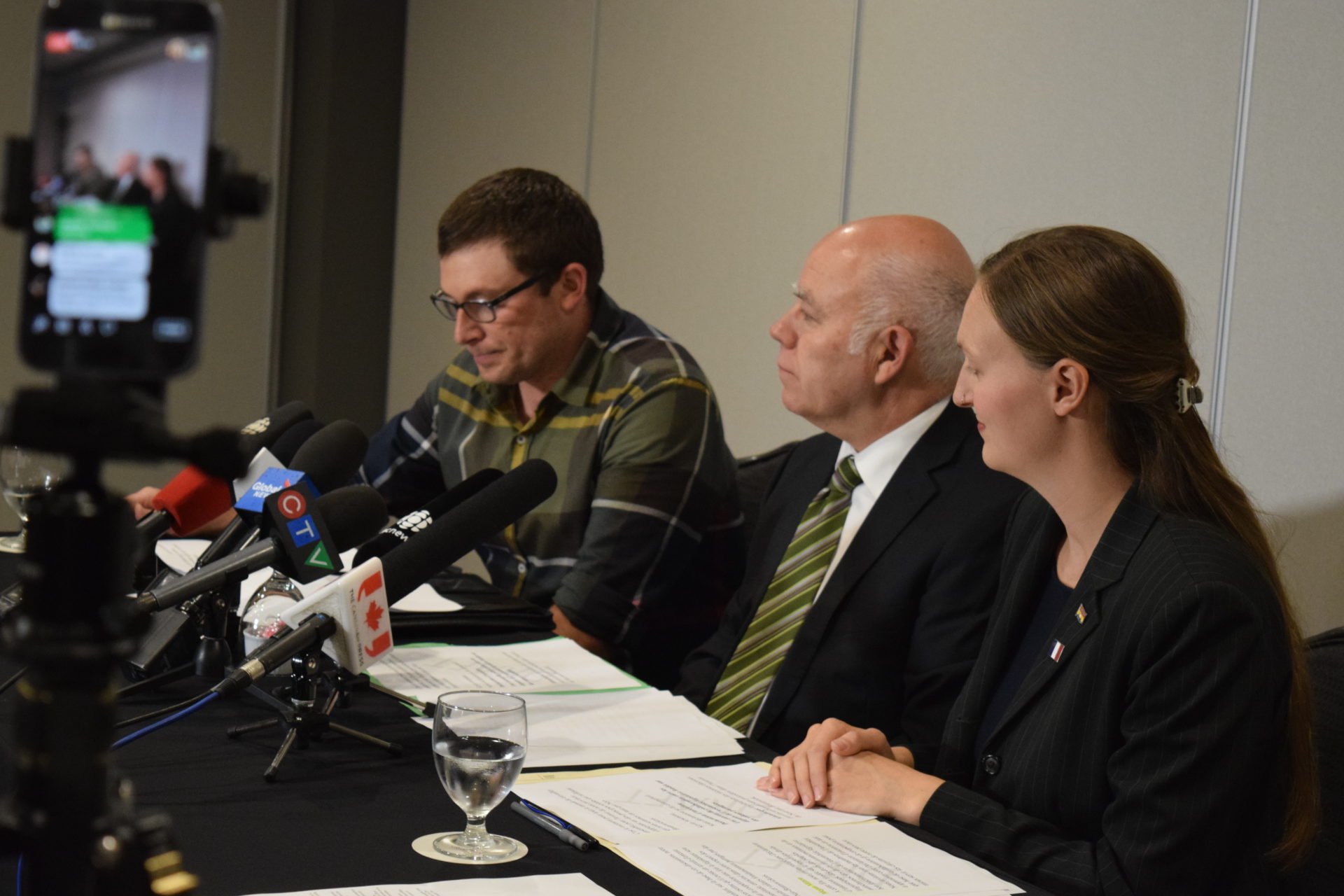 Green Caucus Invites all MLAs to collaborate in the Legislature

Fredericton – The Green caucus, including David Coon, Leader and MLA for Fredericton South, Kevin Arseneau, MLA for Kent North, and Megan Mitton, MLA for Memramcook-Tantramar, held a news conference to release a copy of a Declaration of Intent they have drafted for the consideration of all MLAs to declare their willingness to collaborate in the Legislative Assembly once a government has been formed.

Following the election on September 24th Green Party Leader David Coon has spoken to Brian Gallant, Blaine Higgs and Kris Austin about the election results. Coon met with both Mr. Gallant and Mr. Higgs throughout the week of October 1st.

“After several days of useful discussions with the leaders of the Liberal and Progressive Conservative parties, it became clear the conditions for formal agreements of confidence and supply are not present,” said Coon. “However, once a government is in place, New Brunswickers want to see all of us cooperate to find solutions to the challenges we face, so our caucus has drafted a Declaration of Intent to cooperate for all MLAs to consider endorsing, based on the values we share as New Brunswickers.”