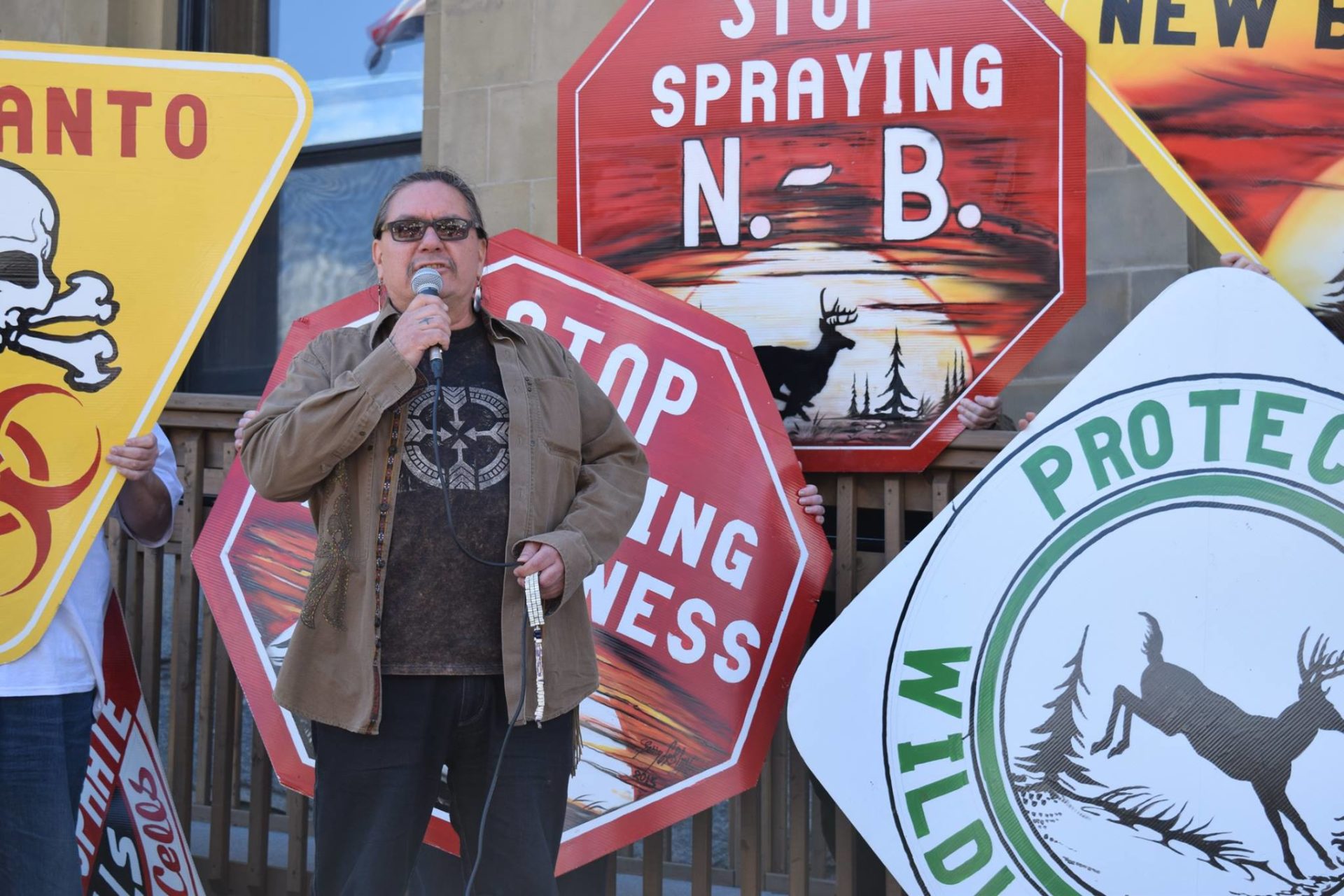 In the legislature, Green MLAs have used their time in the house to speak about banning glyphosate 15 times since the election, including tabling a motion to ban on the first day the house sat and a motion to hold an emergency debate before the house rose for the summer.

The motion for an emergency debate was refused by the speaker of the house, Liberal MLA, Daniel Guitard, who has sole responsibility for this decision.

Since the election, with the very limited number of sitting days, the Greens have only had one opportunity to debate one Green item.  When the house rose a week before schedule, calling for an emergency debate on signing glyphosate permits for the 2019 season was the only opportunity David, Megan and Kevin had to stop the signing of the permits for this year.  By the time the house returns in November 2019, the spraying for this season will be complete.

Outside the legislature Green MLAs have spoken at three public events about glyphosate spraying, participated in a rally, used their voices to condemn the firing of Rod Cumberland and participated in three events or meetings with Stop Spraying New Brunswick.

Green actions in the Legislature:

October 24, 2018: David Coon tables a motion to stop spraying glyphosate the first day the house sat after the election under the Gallant government

November 21, 2018: David Coon tables a motion tabled to stop spraying glyphosate the first day the house sat after the election under the Higgs government

April 11, 2019: David Coon asks Minister Holland how much money is budgeted for the spraying of herbicides on our forests

April 17, 2019: David Coon asks Minister Carr if he would withhold his signature on the glyphosate permit during budget estimates committee

May 7, 2019: Kevin Arseneau makes a member statement on Glyphosate spraying in Kent North

May 8, 2019: Kevin Arseneau asks Minister Carr if he had yet signed the permits for the 2019 season

May 8, 2019: Megan Mitton makes a member statement calling on Minister Carr to not sign the permits on glyphosate

June 14, 2019: David Coon tables a motion for an emergency debate on Glyphosate the last day the house is in session

Green actions outside the legislature:

November 3, 2018: David Coon speaks about forestry and glyphosate at a community event at Tobique First Nation

May 1, 2019: Kevin Arseneau participates in a community rally against glyphosate spraying in Saint John.

June 3, 2019: Kevin Arseneau and Megan Mitton speak to the SE Woodlot owners Association about many forestry issues, including glyphosate

July 3, 2019: David Coon is the first MLA to speak out in support of Rod Cumberland’s dismissal from MCFT over his views on glyphosate in forestry