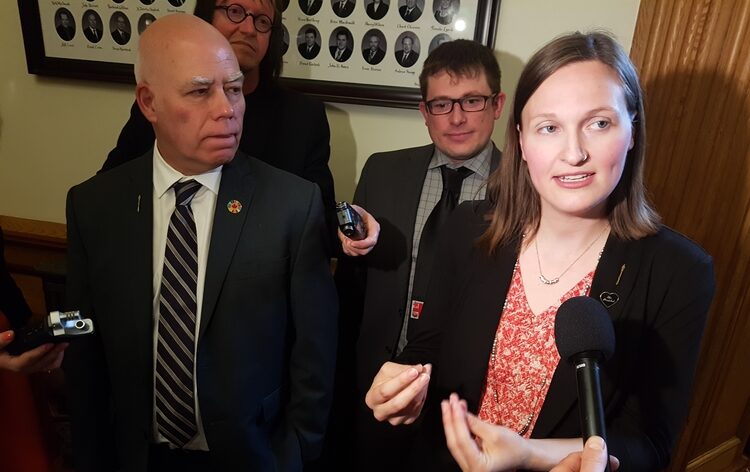 FREDERICTON – The flooding that has cut off parts of British Columbia from the rest of Canada in the past week is a reminder, according to Green Party leader and MLA for Fredericton South David Coon, that the New Brunswick government is failing to protect New Brunswickers from the climate crisis despite a string of climate disasters dating back to the December floods of 2010 in Charlotte County.

“A major overhaul of community infrastructure is needed to protect homes, buildings, coastal communities, roads, bridges and rail lines,” said Coon. “Whether it be inland flooding caused by rapid snow melt in our clear cut forests, or a failure in the dikes that keep the Bay of Fundy out of towns and farmland, the Premier must ensure the necessary investments are made. We have had plenty of warnings, but successive governments have not heeded them.”

There have been studies, but they have gone nowhere. The governments of New Brunswick and Nova Scotia, along with the federal government, commissioned a study in 2019 to recommend how to prevent the Bay of Fundy from flooding the Chignecto Isthmus, the low-lying land which connects New Brunswick to Nova Scotia.  It has yet to see the light of day.

“People in my riding are one major storm away from disastrous flooding that would put us under water,” said Memramcook-Tantramar MLA and Green Party Transportation & Infrastructure critic Megan Mitton. “This study needs to be released so the government can finally begin taking the actions necessary to protect people in the Sackville area. There is no more time to waste.”

“The recent announcement of how the Higgs government intends to spend the $34 million in its climate action fund illustrates how little urgency the Premier attaches to climate action,” said Coon. “The biggest slice, $10 million, is going to research a pie in the sky nuclear technology, rather than making our infrastructure climate-ready and decarbonizing our society.”