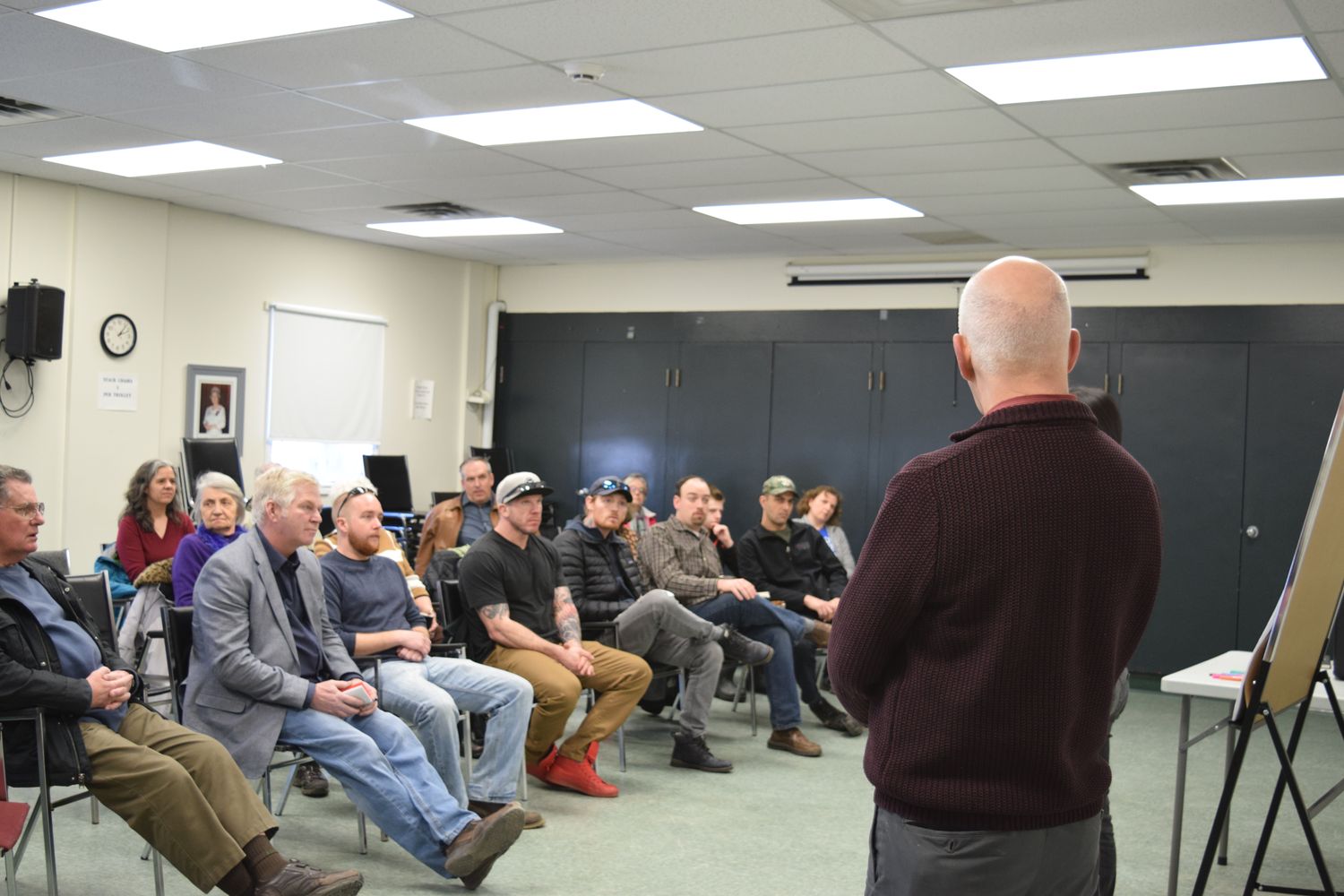 In the Spring of 2018, David Coon and the City Councillors across Fredericton South held a fifth round of Community Gatherings. This was the final round before the elections were called in the summer of 2018. The format was new: after David and the councillors reported on their work at the Legislative Assembly and City Hall, the floor opened up for anyone to write their topic and name on a flipchart. Each person listed was then afforded 2-3 minutes to speak or ask questions on the topic of their choice. It proved to be a productive way for those who wanted to speak to be heard, and for a variety of concerns to be aired.

The pool at UNB remained one of the most discussed issues, although the NBEX grounds was a dominant issue of concern for the West Plat gathering. Other topics included active transportation infrastructure, management of waste, the province’s finances, and community health clinics.