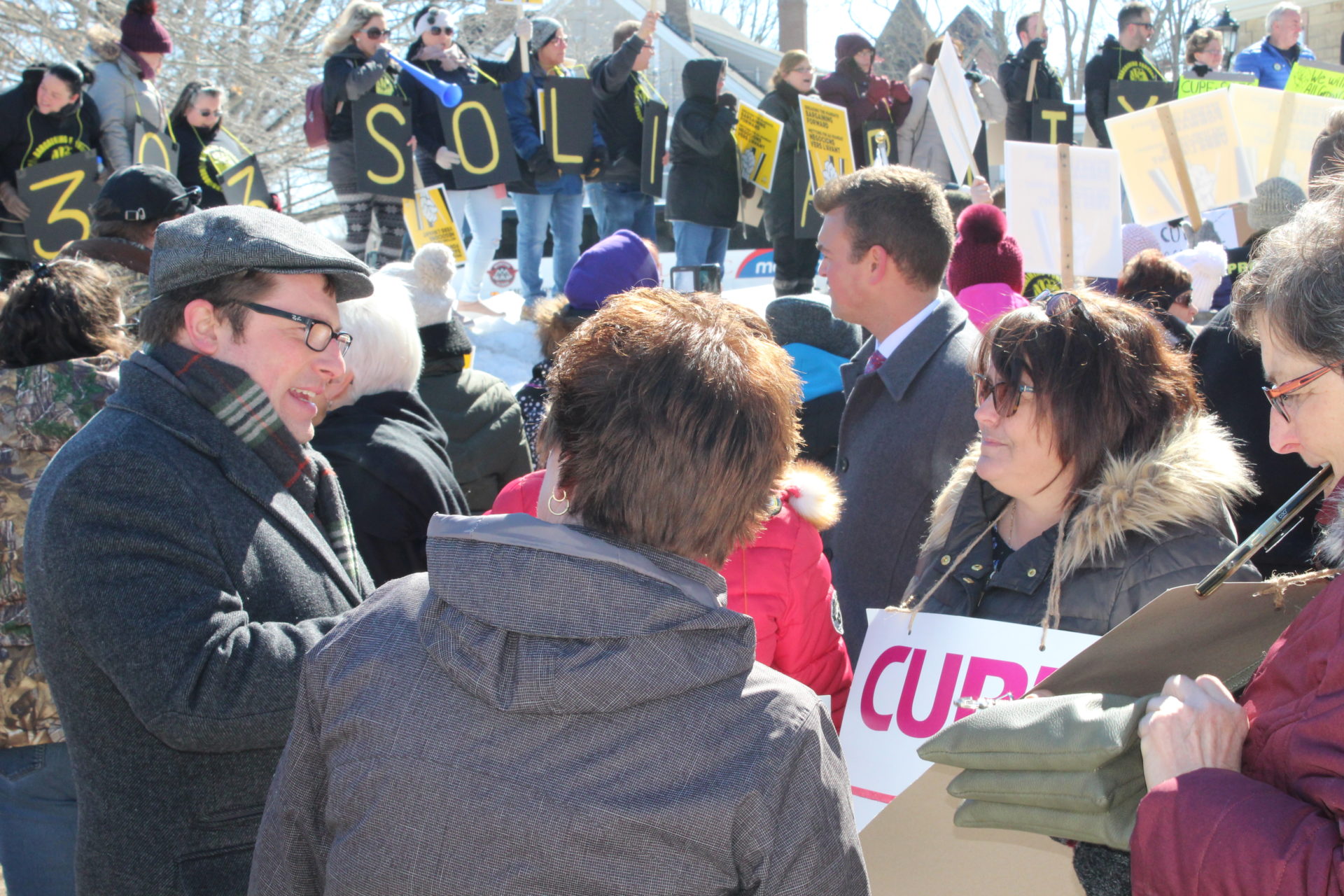 Kevin Arseneau was elected to the Legislative Assembly of New Brunswick on September 24th, 2018 to represent the people of Kent North. He is the first Acadian to be elected as a third-party MLA in New Brunswick, as well as the first Francophone to be elected under the Green Party banner in North America. As a member of the Green Party of New Brunswick, he is responsible for rural development and revitalization, solidarity among peoples, and democratic reform.

Mr. Arseneau is a farmer and a member of the Ferme Terre Partagée workers’ cooperative, a farm that produces organic fruit and vegetables and raises animals humanely. In 2018, RDÉE Canada (Réseau de développement économique et d’employabilité) named the farm business of the year in the young entrepreneur category. Kevin is also a storyteller and musician who has given hundreds of performances in New Brunswick, elsewhere in Canada, and in Europe. He has also taught at École W.-F.-Boisvert, in Rogersville, and contributed to implementing a philosophy program for children from kindergarten through Grade 4 classes, in cooperation with the Université de Moncton.

Prior to being elected as an MLA, Mr. Arseneau chaired the Rogersville Local Service District Advisory Committee, the Société de l’Acadie du Nouveau-Brunswick, and the Une communauté, un Avenir! committee, which is working to amalgamate the Greater Rogersville area into a rural community. He has served on the boards of the Kent Regional Service Commission, the Société nationale de l’Acadie, the Fédération des communautés francophones et acadiennes du Canada, and the Coopérative Rogersville. He was president of the Fédération des étudiantes et étudiants du campus universitaire de Moncton and served on the Family Farmers Network follow-up committee.

Mr. Arseneau has worked in the field of ecotourism, fisheries, forestry, construction, restoration, and education before returning to his studies at the University of Monton where he completed an education degree with a major in rural development geography and a minor in Acadian history. He also has a diploma in adventure tourism from the Cégep de la Gaspésie et des Îles. Mr. Arseneau graduated from École secondaire Népisiguit in Bathurst.

He lives on the Pleasant Ridge in Rogersville with his wife Rébeka Frazer-Chiasson and their son and daughter.